Tune in for a virtual reading on May 20 of the winning title by the author and illustrator, followed by a Q&A.

New York, NY – May 3, 2022 – Penguin Young Readers, the Children’s Book Council, and Every Child a Reader are proud to announce that Never Show a T. Rex a Book, written by Rashmi Sirdeshpande and illustrated by Diane Ewen (Kane Miller, A Division of EDC Publishing), is the winner of the sixth annual Anna Dewdney Read-Together Award.

This award is given annually to a picture book that is both a superb read-aloud and sparks compassion, empathy, and connection. The award commemorates the life and work of author/illustrator Anna Dewdney and celebrates her commitment to reading with young children and putting books into as many little hands as possible.

Join Rashmi Sirdeshpande and Diane Ewen for a live read-aloud event of their winning title, Never Show a T. Rex a Book, on May 20th at 1:30 pm EST. This event will be hosted via Zoom. Please register here to receive the link for the event. We look forward to celebrating in recognition of Sirdeshpande and Ewen receiving the Anna Dewdney Read-Together Award across many miles and households.

Rashmi Sirdeshpande is a lawyer turned children’s author who writes a mix of uplifting and inspiring picture books and illustrated non-fiction. She loves taking big ideas and making them fun and accessible to young readers and cares deeply about representation in books. Her books have been featured in major national newspapers in the UK and have been shortlisted for a number of awards.

Diane Ewen is a British illustrator based in the West Midlands. She has always been in love with art and graduated from the University of Wolverhampton with a B.A. Honours Degree in illustration. Diane hand draws in pencil before painting in watercolor and acrylics, then embellishes using Photoshop. She enjoys constantly developing her style as she progresses. Diane’s books include Never Show a T. Rex a Book, Never Teach a Stegosaurus to do Sums, Seeking Best Friend, and Coming to England. She is the winner of the Queens Knickers Award 2021 and Jericho Prize 2021.

Rashmi and Diane’s debut picture book, Never Show a T. Rex a Book, won the Society of Authors Queen’s Knickers Award, was shortlisted for the Laugh-Out-Loud Book Awards, and was selected for Dolly Parton’s Imagination Library.

In My Mosque by M.O. Yuskel; illus. by Hatem Aly (HarperCollins Children’s Books)

Sirdeshpande and Ewen will share a prize of $1,000 from the Children’s Book Council and Penguin will purchase and donate 250 copies of Never Show a T-Rex a Book to a school, library, or literacy organization of their choice. Past winners can be viewed here.

The winner and honor books were chosen via voting over the last two months by librarians, teachers, booksellers, and caregivers across America.

Anna Dewdney was the New York Times bestselling author and illustrator of Llama Llama Red Pajama. Other award-winning books in the Llama Llama series include Llama Lama and the Bully Goat, Llama Lama Time to Share, Llama Llama Misses Mama, Llama Llama Holiday Drama, and Llama Llama Mad at Mama. She was also the author/illustrator of Little Excavator, Nobunny’s Perfect, Roly Poly Pangolin, and Grumpy Gloria. Anna worked as a rural mail carrier and taught at a boys’ boarding school for many years before becoming a full-time author and illustrator. Anna was a committed advocate of literacy, speaking regularly on this topic and publishing articles in the Wall Street Journal and other national outlets.

Every Child a Reader is a 501(c)(3) literacy charity whose popular national programs include Children’s Book Week, the longest-running literacy initiative in the country (103 years); the Kids’ Book Choice Awards, the only national book awards chosen solely by children and teens; Get Caught Reading, a classroom poster project; and the National Ambassador for Young People’s Literature program, in partnership with the Library of Congress. 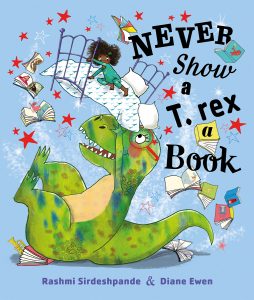