Carl Lennertz, Executive Director of Children’s Book Council and Every Child a Reader said: “This is one of my favorite projects and I’m grateful to the AAP for creating it years ago.”

The second round of 2022 posters include:

Every Child a Reader thanks the many publishers for connecting us to these fantastic authors. 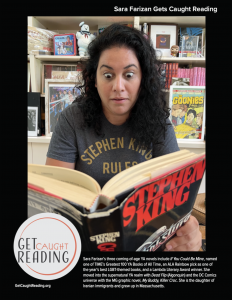 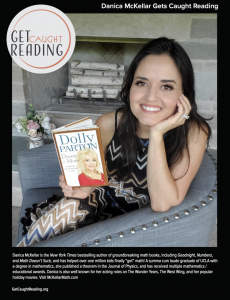 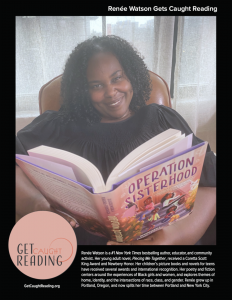 Over two dozen 8 ½” x 11” posters are available free to teachers, librarians, booksellers, and parents. The program was relaunched in 2018 thanks to a grant from KPMG and a poster featuring Olympic gold medal gymnast Laurie Hernandez. In 2019 and 2020, posters featuring bestselling authors Kate DiCamillo, Raj Halder, and Raakhee Mirchandani, plus the animated character Phoebe and her Unicorn were made available. Backlist posters include Alicia Keys, Neil Gaiman, Alex Morgan, Horton (Horton Hears a Who!), and Olivia (Olivia book series).

Up to 10 different posters can be ordered on the order form at www.GetCaughtReading.org.

About Get Caught Reading
A nationwide, year-round campaign to promote the fun of reading books for all ages. Launched in 1999 by the Association of American Publishers and now managed by Every Child a Reader. Get Caught Reading provides teachers and librarians with bulletin board-sized posters of authors, athletes, media stars, and beloved book characters caught reading a favorite