The National Ambassador for Young People’s Literature program, established by the three organizations in 2008, highlights the importance of young people’s literature as it relates to lifelong literacy, education, and the development and betterment of the lives of young people.

Woodson will travel nationwide over the course of her two-year term promoting her platform, READING = HOPE x CHANGE (What’s Your Equation?), which encourages young people to think about – and beyond – the moment they’re living in, the power they possess, and the impact reading can have on showing them ways in which they can create the hope and the change they want to see in the world.

The inauguration ceremony, to be presided by the 14th Librarian of Congress Dr. Carla Hayden and attended by both Woodson and Yang, will take place on Tuesday, January 9 at 10:30 a.m. in the Members’ Room of the Library of Congress’ Thomas Jefferson Building, 10 First St. S.E., Washington, D.C. Tickets are not required for this event, which is free and open to the public.

“I think the work ahead of me is challenging,” says Jacqueline Woodson, “I don’t believe there are ‘struggling’ readers, ‘advanced’ readers or ‘non’ readers. I’d love to walk away from my two years as Ambassador with the qualifiers gone and young people able to see themselves beyond stigma or oft-times debilitating praise. Martin Luther King Jr. said people should not be judged by the color of their skin but by the content of their character. In that regard, I think young people should not be judged by the level of their reading but by the way a book makes them think and feel. By the way it gives them hope. By the way it opens them up to new perspectives and changes them. I’m excited to have these conversations with some of the best conversationalists in our country – our young people.”

“We are delighted that Jacqueline Woodson has agreed to be the new National Ambassador for Young People’s Literature,” said Librarian of Congress Carla Hayden. “I have admired Jacqueline Woodson’s work for years, especially her dedication to children and young-adult literature. The Library of Congress looks forward to Jacqueline’s tenure of encouraging young readers to embrace reading as a means to improve the world.”

Nancy Paulsen, President and Publisher of Nancy Paulsen Books, says: “We think Jacqueline Woodson is the perfect Ambassador for our time because of her commitment to making sure all children have access to all kinds of books, and are sure to see themselves portrayed in those books. This is exactly what’s needed to appeal to today’s readers and to grow the next generation of book lovers.”

Carl Lennertz, Executive Director of Every Child a Reader and the Children’s Book Council, added, “We couldn’t be more pleased with the selection of Jacqueline Woodson as the next ambassador. She embodies everything that we look for in this position and we can’t think of a more passionate advocate for young people and for reading over the next two years.”

The 2018-2019 selection committee for the National Ambassador for Young People’s Literature:

About Jacqueline Woodson
Jacqueline Woodson is the 2014 National Book Award Winner for her New York Times bestselling memoir Brown Girl Dreaming, which was also a recipient of the Coretta Scott King Award, a Newbery Honor, the NAACP Image Award and a Sibert Honor. In 2015, Woodson was named the Young People’s Poet Laureate by the Poetry Foundation. Her recent adult book, Another Brooklyn, was a National Book Award finalist. She is the author of more than two dozen award-winning books for young adults, middle graders and children; among her many accolades, she is a four-time Newbery Honor winner, a three-time National Book Award finalist, and a two-time Coretta Scott King Award winner. Her books include The Other Side, Each Kindness, Caldecott Honor book Coming On Home Soon; Newbery Honor winners Feathers, Show Way, and After Tupac and D Foster; and Miracle’s Boys, which received the LA Times Book Prize and the Coretta Scott King Award.

Jacqueline is also the recipient of the Margaret A. Edwards Award for lifetime achievement for her contributions to young adult literature, the winner of the Jane Addams Children’s Book Award, and was the 2013 United States nominee for the Hans Christian Andersen Award. In March 2018, Penguin Young Readers will celebrate the 20th anniversary of Woodson’s If You Come Softly with a special edition of the beloved story of star-crossed love between a Black teenage boy and his Jewish classmate. The Dream of America, a middle grade novel, and The Day You Begin, a picture book illustrated by Pura Belpré Illustrator Award winner Rafael López will publish in August 2018. She lives with her family in Brooklyn, New York.

About Every Child a Reader
Every Child a Reader is a 501(c)(3) literacy charity whose popular national programs include Children’s Book Week, the longest-running literacy initiative in the country; the Children’s and Teen Choice Book Awards, the only national book awards chosen by children and teens; and the National Ambassador for Young People’s Literature program, in partnership with the Library of Congress. Launched in 1919, Children’s Book Week will celebrate its 100th anniversary in May 2019.

About the Library of Congress
The Library of Congress is the world’s largest library, offering access to the creative record of the United States – and extensive materials from around the world – both on-site and online. It is the main research arm of the U.S. Congress and the home of the U.S. Copyright Office.  Explore collections, reference services and other programs and plan a visit at loc.gov, access the official site for U.S. federal legislative information at congress.gov and register creative works of authorship at copyright.gov. 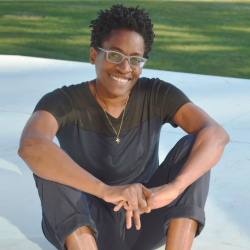