New York, NY – Feb. 2, 2018 – Every Child a Reader, a nonprofit literacy organization dedicated to inspiring a love of reading in children and teens across America, is proud to announce the finalists for the 11th Annual Children’s & Teen Choice Book Awards. Launched in 2008, these are the only national book awards voted on only by kids and teens, providing young people with an opportunity to cast a vote and “voice their choice.”

A list of all Finalists as well as voting ballots and other resources can be found online now at EveryChildaReader.net/choice. Voting officially begins March 1, the day the online “voting booth” opens, and will run through May 6.

Also at this time, Every Child a Reader is halfway through a campaign to once again sign up over 750 schools, libraries, and bookstores across all 50 states. Events will include dedicated story times, activity hours, author/illustrator events, and/or book award voting tables at which group or classroom votes can be collected.

Registration to be an official event location for Children’s Book Week is now open, with participating locations to receive free Children’s Book Week posters and access to downloadable materials, including original bookmarks with art by five prominent illustrators, a free comic book, and book award voting ballots. All Book Week events will also be highlighted on an interactive online map of the United States. The deadline for event sign-up is Feb. 9, 2018.

The 20 finalists for the 2018 Children’s & Teen Choice Book Awards are rich in relevance, diversity, plotline, and prose. Both bestselling and debut authors and illustrators have created storylines about life’s daily challenges, important historical figures, and books about books themselves, told with both humor and gravitas. There are five finalists in each of the three Children’s Choice Book Awards categories: K – 2nd grade, 3rd – 4th grades, and 5th– 6th grades, and five finalists in the Teen Choice Book Award category. Voting for this year’s awards will end on the last day of Children’s Book Week, which will celebrate its 99th year from April 30 – May 6. Copies of every winning book and all finalists will be donated to literacy charities in June via the Children’s Book Week display contest winning libraries, schools, or stores.

Shaina Birkhead, Programming and Strategic Partnerships Director for Children’s Book Council and Every Child a Reader, stated: “We are proud to work with so many teachers, librarians, and booksellers to help gather the votes .  . . and for kids and teens to be able to vote for new books written for them.”

The winning authors and illustrators will be announced on May 30th at a special ceremony at BookExpo in New York City. 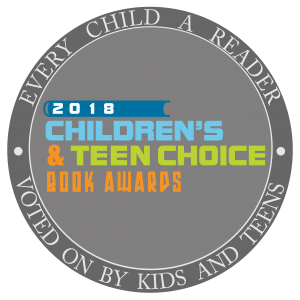