Clifton Branch Library is in the Children’s Book Week Spirit All Year Round!

This spring, Sara Wreath, Senior Library Services Assistant at the Clifton Branch of The Public Library of Cincinnati and Hamilton County, reached out to the CBC about decorating a big empty wall in their beautiful new location in Cincinnati, Ohio with an assortment of Children’s Book Week posters. And our immediate response was “YES”!

Check out the amazing photos of the project from start to finish! 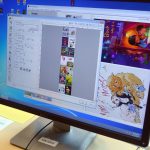 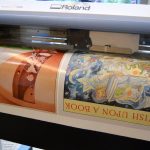 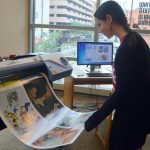 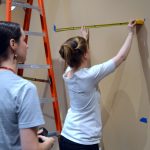 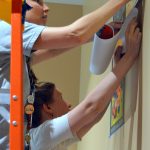 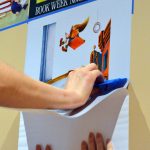 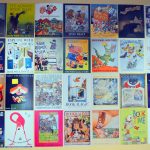 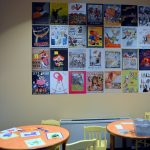 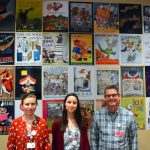 About the Clifton Branch Library:
The Clifton Branch Library is one of 40 neighborhood branches in the The Public Library of Cincinnati and Hamilton County system. The first Clifton Branch opened in January, 1954, in the former quarters of a barber and beauty shop on Ludlow Ave. A storefront was added in 1962, and the library was remodeled in 1971. Another expansion and remodeling project was completed in 2003. Michael L. Dever, president of Performance Automotive Network, donated Parkview Manor, the former house of George Barnesdale “Boss” Cox, for a new Clifton Branch in 2010. The Library renovated the 10,000 square foot historic property to replace the 2,500 square foot storefront property. The new Clifton Branch opened on May 28, 2015.

About the project:
After settling into the new location at Parkview Manor, our manager asked for ideas to decorate the children’s area. I proposed to decorate with Children’s Book Week Posters. Art by famous illustrators that promotes children’s literacy would be perfect for a library, and I had always been a fan.

With permission from the Children’s Book Council, I set to work creating a 6 ft by 8 ft wall of posters for both visual interest, and also to have as many posters as would fit. Posters that were favorites were pooled by staff, and then narrowed down to 28 posters that were put up chronologically, with 1925 in the top left corner, and ending with 2017 in the bottom right. Posters were printed on adhesive vinyl using the Main Library’s MakerSpace, where in addition to 3D printers and more, there is a very popular vinyl printer.

Thank you to Julia Gardiner for lending a hand at all stages of the project, especially helping me adhere the vinyl posters to the wall. Thanks also to Lisa Mauch for documenting the project, Jill Beitz, Eric Davis, and Maria Sferra for allowing me to decorate, and all the Clifton Branch library staff and MakerSpace staff for your assistance and support. The Children’s Book Week poster mural was conceived, planned, and placed by Sara Wreath (Senior Library Services Assistant) at the Clifton Branch Library of The Public Library of Cincinnati and Hamilton County.