In honor of Gene Luen Yang’s appearance, the festival included a graphic essay contest for students for the first time this year.  The Festival also promoted Yang’s “Reading Without Walls” challenge by encouraging students to read books with characters, topics and formats not familiar to them.

Yang is the first graphic novelist to be featured at the Festival. His book “American Born Chinese” won the Printz Award and was a National Book Award nominee, and “Boxers and Saints,” his two-volume novel about the Chinese Boxer Rebellion, won the L.A. Times Book Prize. Yang has written for the Nickelodeon series “Avatar: The Last Airbender” and for DC Comic’s Superman!

See below for pictures from the event:

You can find more information about the festival and Gene Luen Yang’s appearance at the links below: 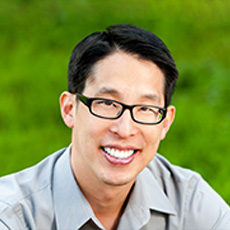