In Celebration of the 100th Anniversary of Children’s Book Week

FOR IMMEDIATE RELEASE
New York, NY – April 16, 2019 – KidLit TV, an award winning producer of resources for parents, teachers and librarians, with the support of the Children’s Book Council and Every Child a Reader, released the first of 100 book creator videos today. The first two CREATOR CORNER videos – by Karyn Parsons and Steve Light – went online today at KidLit TV with more videos to be released each week throughout 2019. Audiences can keep track of new video releases on social media by following #BookWeek100.

A part of the yearlong celebration of the 100th anniversary of Children’s Book Week, the 100 CREATOR CORNER videos featuring three-to-five minute videos of well-known and popular children’s book authors and illustrators speaking about their favorite character creations, will be available at KidLit TV for years to come for classroom, library and home viewing.

Julie Gribble, KitLit TV Founder, said: “Our production team is proud to help create these historic snapshots of the stories behind the characters we love! We learned and laughed a lot with our kid lit friends during the filming. We’re certain kids will have fun learning and laughing along with them, too.”

Shaina Birkhead, Associate Executive Director for Children’s Book Council and Every Child a Reader, added: “This has been a major undertaking, but with the professionalism of Julie and her team and the generous spirit of these awesome book creators, we have a celebration of children’s books for this year and a legacy of enjoyment for years to come.”

About KidLit TV
KidLit TV is a winner of the Parents’ Choice Gold Award, the Norton Juster Award for Devotion to Literacy, and one of the American Library Association’s Great Websites For Kids. We’re a trusted resource for parents, teachers, and librarians! KLTV is available in over 600,000 schools worldwide via our website and video distribution partners. We’re a diverse group of parents, educators, librarians, kid lit creators, and award-winning filmmakers working together to create fun new ways to reinforce an appreciation of reading that children will carry with them for the rest of their lives. 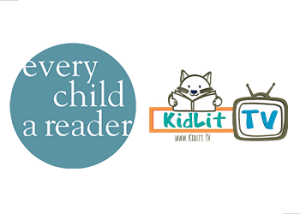