As an annual tradition of Children’s Book Week, esteemed children’s book illustrators are chosen to create bookmarks which celebrates children’s books and reading. This year, in keeping with the theme of One World, Many Stories, five artists have contributed their beautiful and inspiring artwork. These bookmarks are available to print and distribute to children and teens and booklovers everywhere! 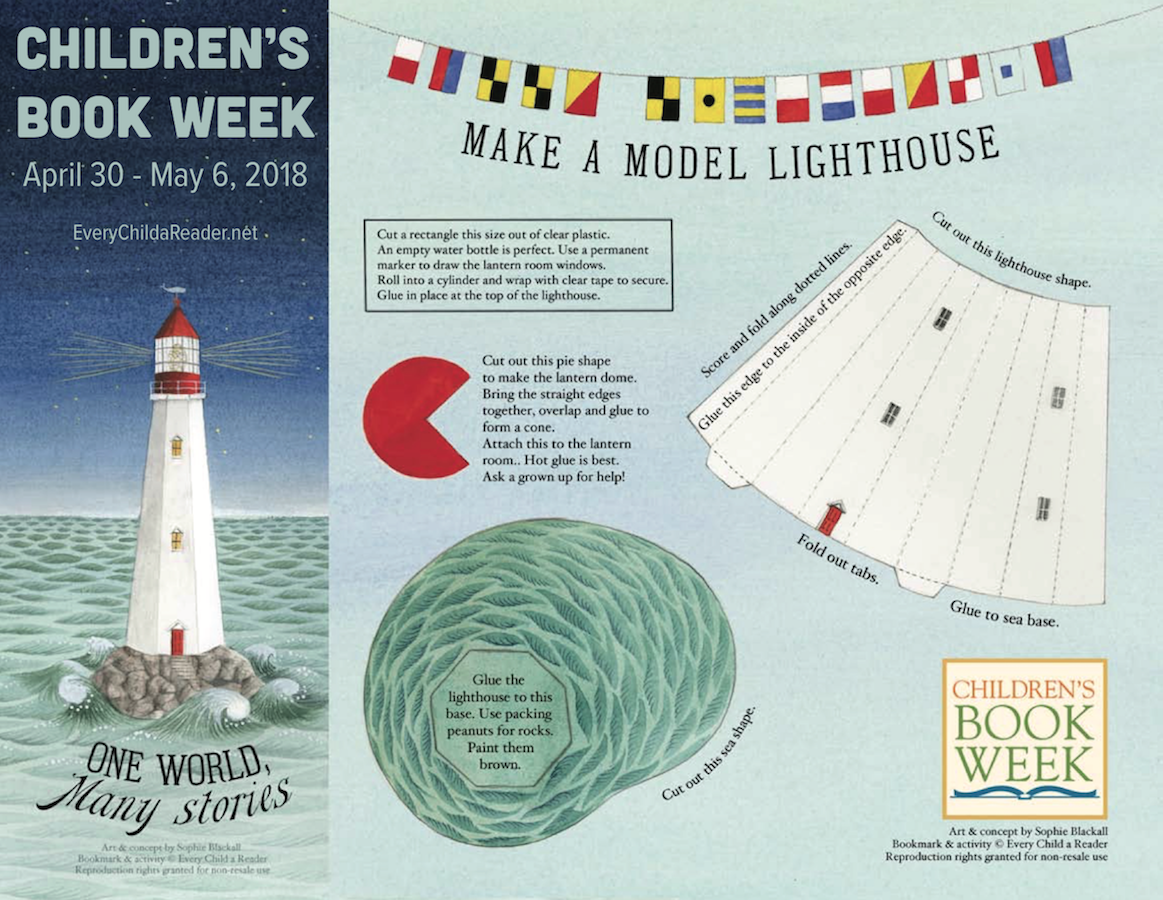 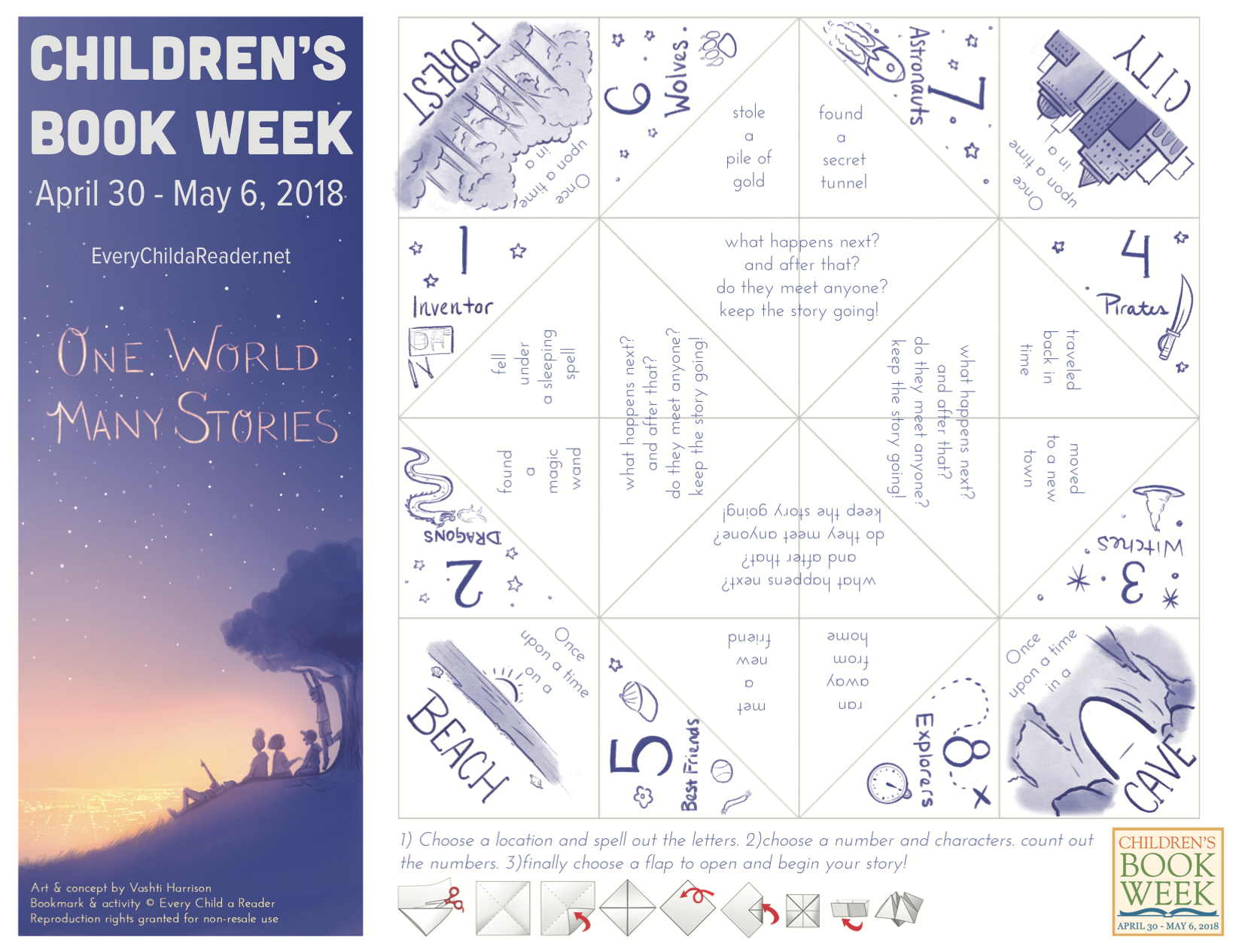 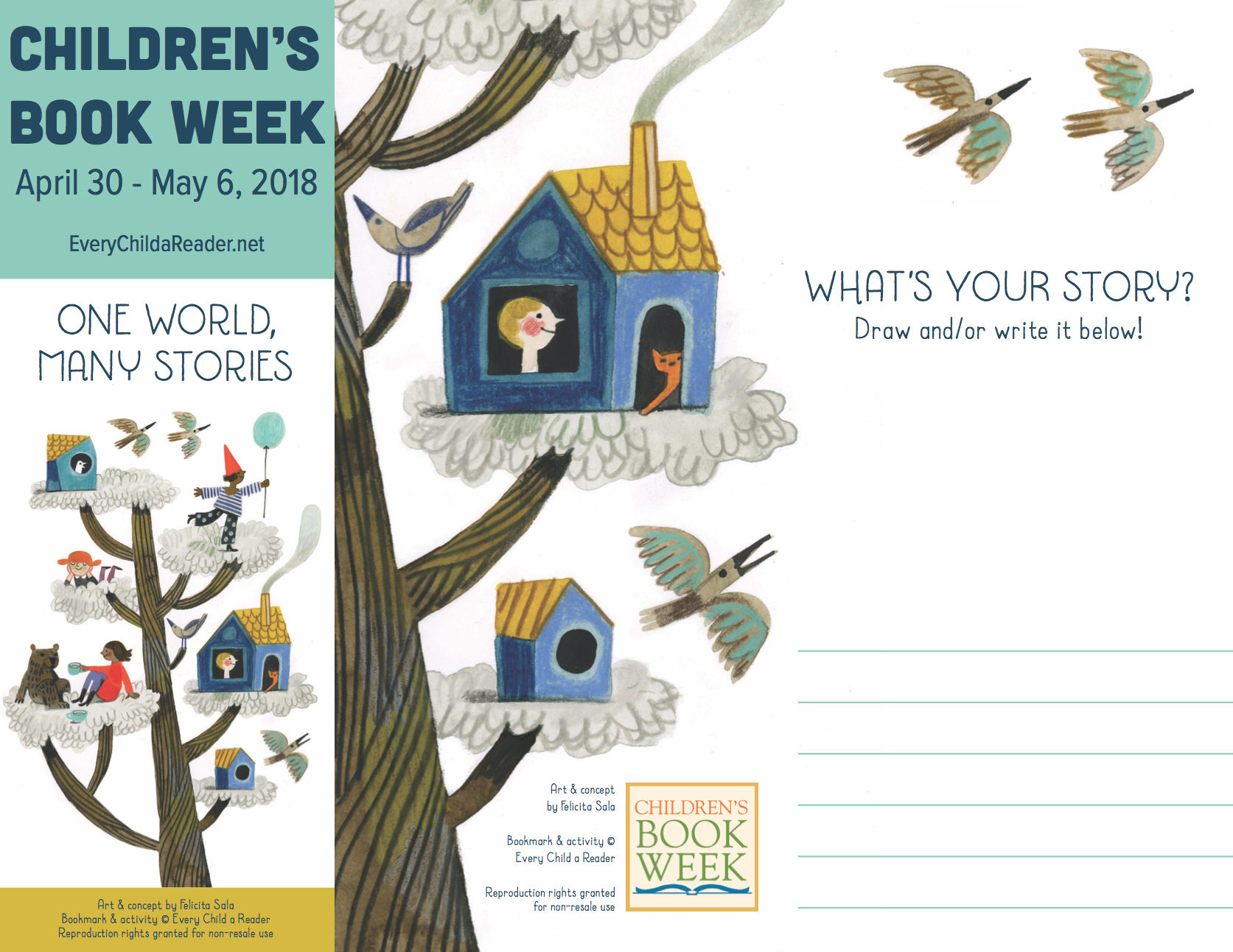 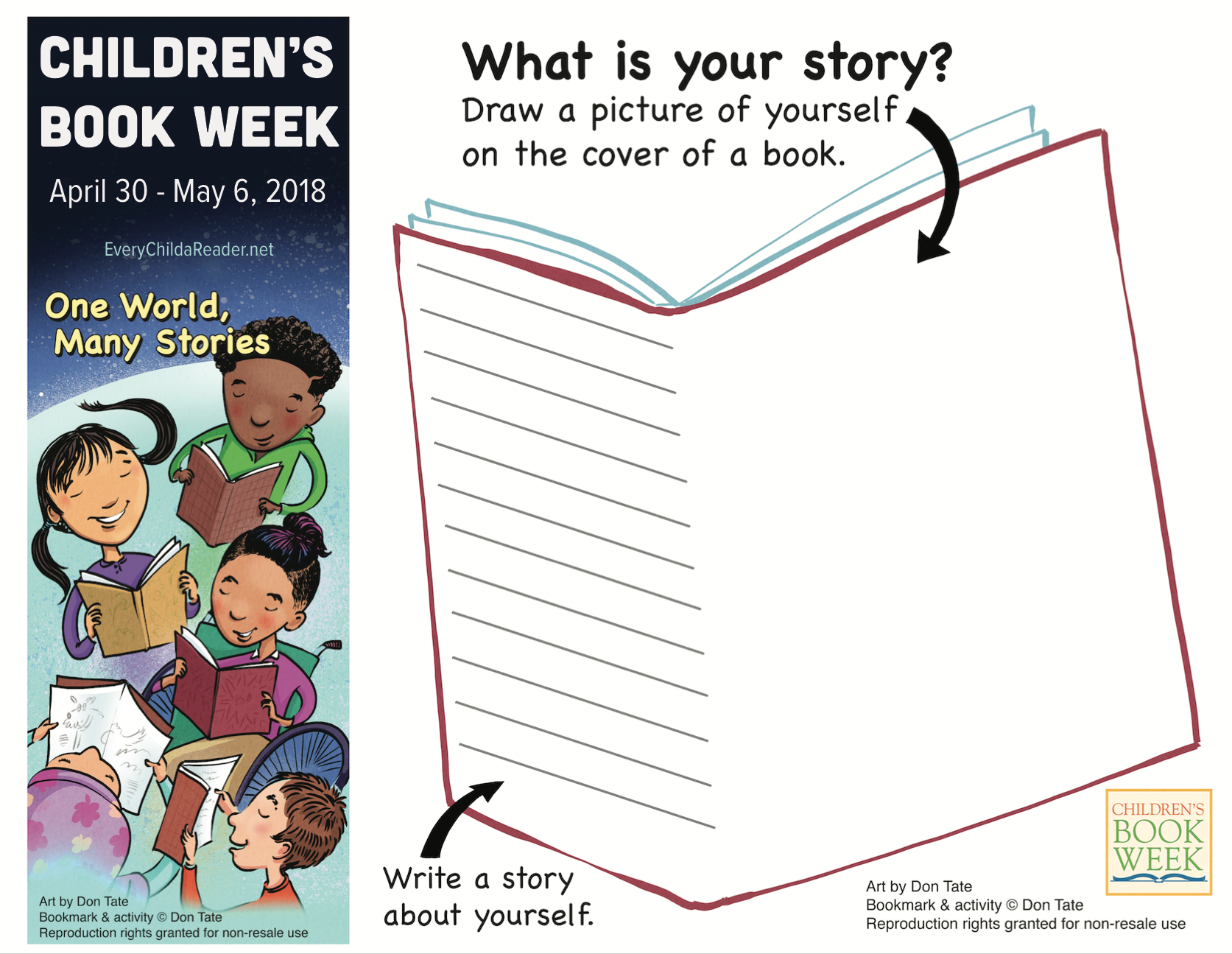 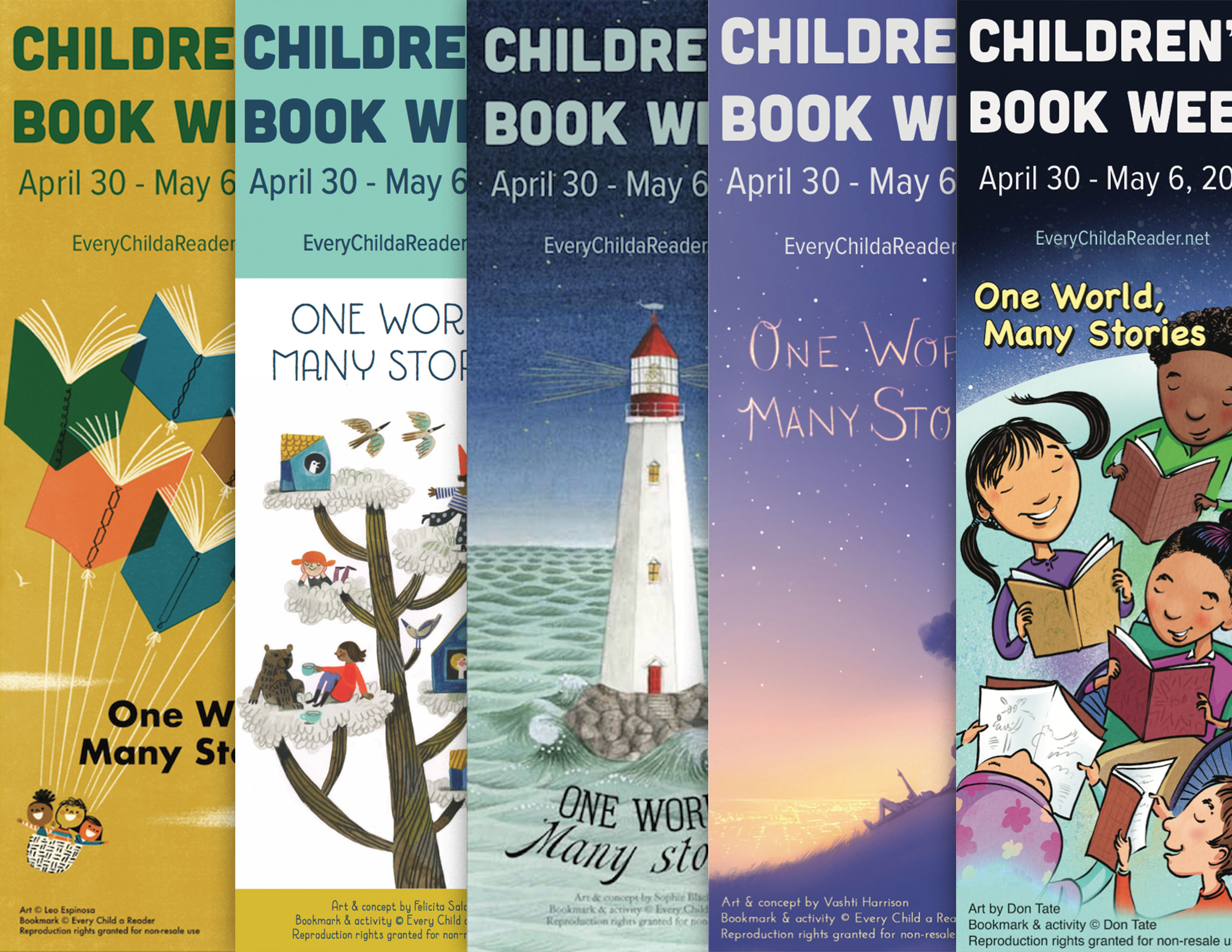 Sophie Blackall (Little, Brown Books for Young Readers)
Sophie Blackall is the bestselling and Caldecott medal-winning artist behind Finding Winnie: The True Story of the World’s Most Famous Bear. Her work has appeared in the bestselling Ivy and Bean series, many award-winning picture books, a global pro-vaccination campaign, and on a renowned NYC subway poster. She lives in Brooklyn with her family. We welcome you to visit her at www.sophieblackall.com.

Leo Espinosa (Penguin Young Readers)
Leo Espinosa is an award winning illustrator and designer from Bogotá, Colombia, whose work has been featured in The New Yorker, Wired, Esquire, The New York Times, The Atlantic, and more. Leo’s illustrations have been recognized by American Illustration, Communication Arts, Pictoplasma, 3×3, and the Society of Illustrators. Leo lives with his family in Salt Lake City, Utah.

Vashti Harrison (HarperCollins Children’s Publishing)
Part author – Illustrator – filmmaker Vashti Harrison is an artist originally from Onley, Virginia. She has a background in cinematography and screenwriting and a love for storytelling. She earned her BA from the University of Virginia with a double major in Media Studies and Studio Art with concentrations in Film and Cinematography. She received her MFA in Film and Video from CalArts where she snuck into Animation classes to learn from Disney and Dreamworks legends. There she rekindled a love for drawing and painting. Now, utilizing both skill sets, she is passionate about crafting beautiful stories in both the film and kidlit worlds.

Felicita Sala (Cameron Kids)
Felicita is a self taught illustrator. She graduated in Philosophy from the University of Western Australia. She has worked on several animation projects along with husband Gianluca, but her passion is making picture books. She lives in Rome with Gianluca and their daughter Nina. Ode to an Onion written by Alexandria Giardino will be released in Fall 2018 by Cameron Kids.

Don Tate (Charlesbridge Publishing and Peachtree Publishers)
Don Tate grew up in Des Moines, Iowa. He earned an AAA degree from Des Moines Area Community College. He has worked as a graphics reporter at the Des Moines Register and Austin American-Statesman newspapers, and as a publication designer for the Perfection Learning Corporation, an educational publishing company. In addition, he was the art director at an advertising and market research firm, and a graphic artist at a print shop. He also flipped burgers in high school and swept floors at the mall.
Don is the illustrator of many award-winning books, including The Cart That Carried Martin, Duke Ellington’s Nutcracker Suite, Summer Sun Risin’ (Lee & Low), and She Loved Baseball: The Effa Manley Story (HarperCollins).
With the publication of It Jes’ Happened: When Bill Traylor Started to Draw, Don began a new career as a children’s book author. He is also the author of The Amazing Age of John Roy Lynch. Don lives in Austin, Texas.

Promote your 2021 Children's Book Week celebration with these tools.

Participate in the Superpower Challenge all year long!